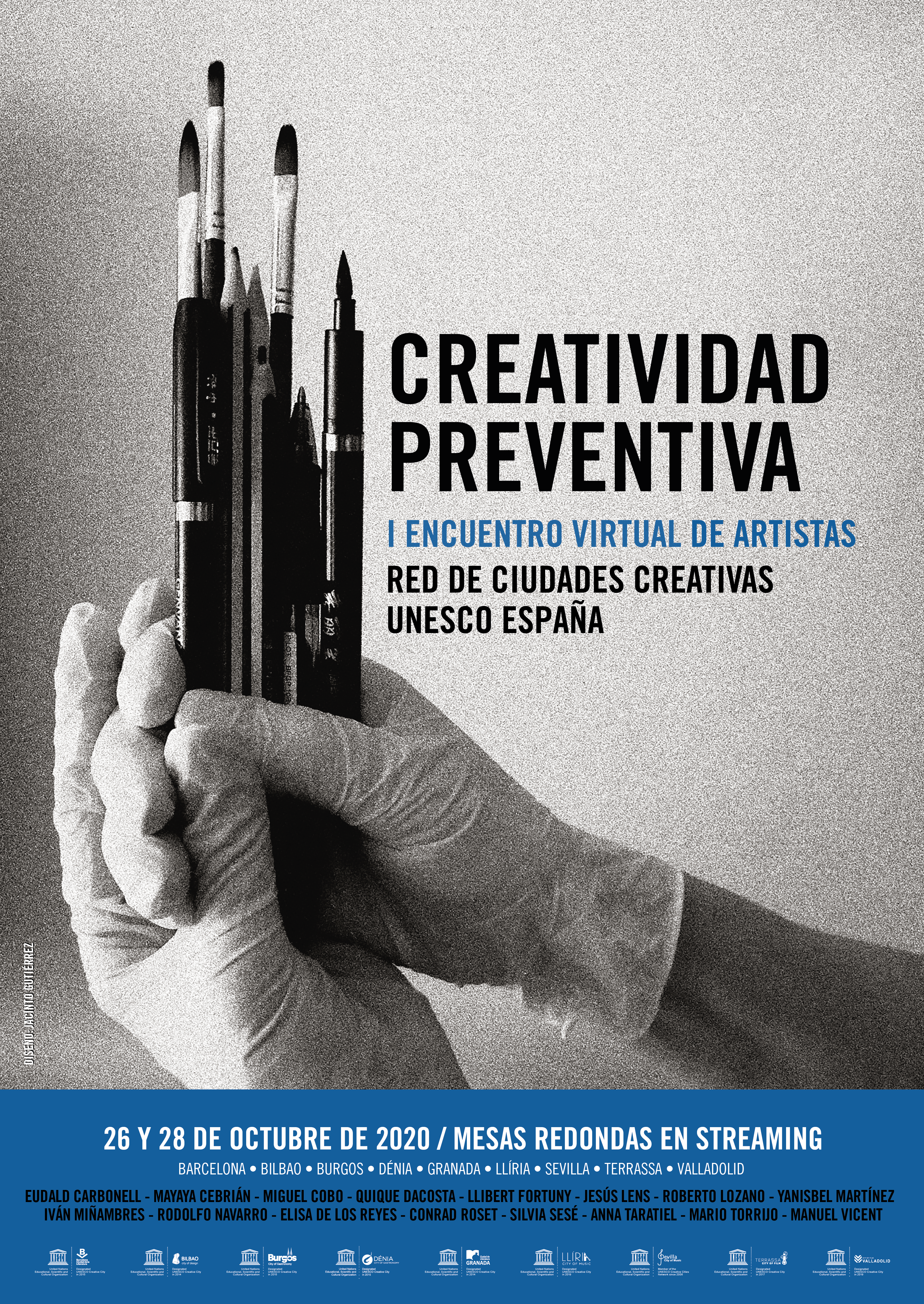 This 1st VIRTUAL MEETING OF ARTISTS FROM CREATIVE CITIES IN SPAIN will be attended by experts linked to different creative fields, which are being developed by the creative cities through several projects. It has been confirmed the atttendance of author Mr. Manuel Vicent or editor Ms. Silvia Sesé representing the literary creation, chef Mr. Quique Dacosta and chef Mr. Miguel Cobo in the field of gastronomy, musicians Mr. Mario Torrijo or Mr. Llibert Fortuny as well as film experts Mr. Roberto Lozano, Mr. Jesús Lens or Mr. Iván Miñambres.

Other artists will also take part in from several arts such as sculpture, design, drawing, architecture or painting with Ms. Anna Taratiel, Mr. Rodolfo Navarro, Ms. Mayaya Cebrián, Ms. Elisa de los Reyes, Ms. Yanisbel Martínez or Mr. Conrad Roset. Indeed, they are professionals who propose the growth prospects of the sector even in times of crisis.

Following the meeting title Preventive Creativity, roundtables led by representatives from the creative cities of Granada, Burgos and Llíria will be used to discuss the different realities of the cultural sector facing the current crisis, the artists’ resilience in this adversity difficult situation and the role of creativity in the reconstruction of the cities for the future.

5.00 p.m. WILL WE WITHSTAND? Our artists facing the crisis.

5.30 p.m. ARE WE REINVENTING OURSELVES? Solutions in a new scenario.

The roundtables can be followed on the YouTube Channel Terrassa City Of Film, which is in charge of broadcasting the event.

This virtual meeting will be also promoted in SEMINCI Valladolid Film Festival, Terrassa Film Week, UNESCO Creative Cities of Cinema, with participants speaking from the stages placed in both film festivals.

Hence, Burgos will make available to the speakers the Palacio de Congresos Forum Evolución Conference Centre, recently awarded at the Digital Tourism Congress for its security measures and adapted technology for this kind of meetings.

These two-day meeting have been designed as a result of shared promotion initiatives of this group of creative cities that are part of the international UNESCO Creative Cities. Moreover, they have the institutional support of the Spanish Agency for International Cooperation and Development from the Ministry of Foreign Affairs