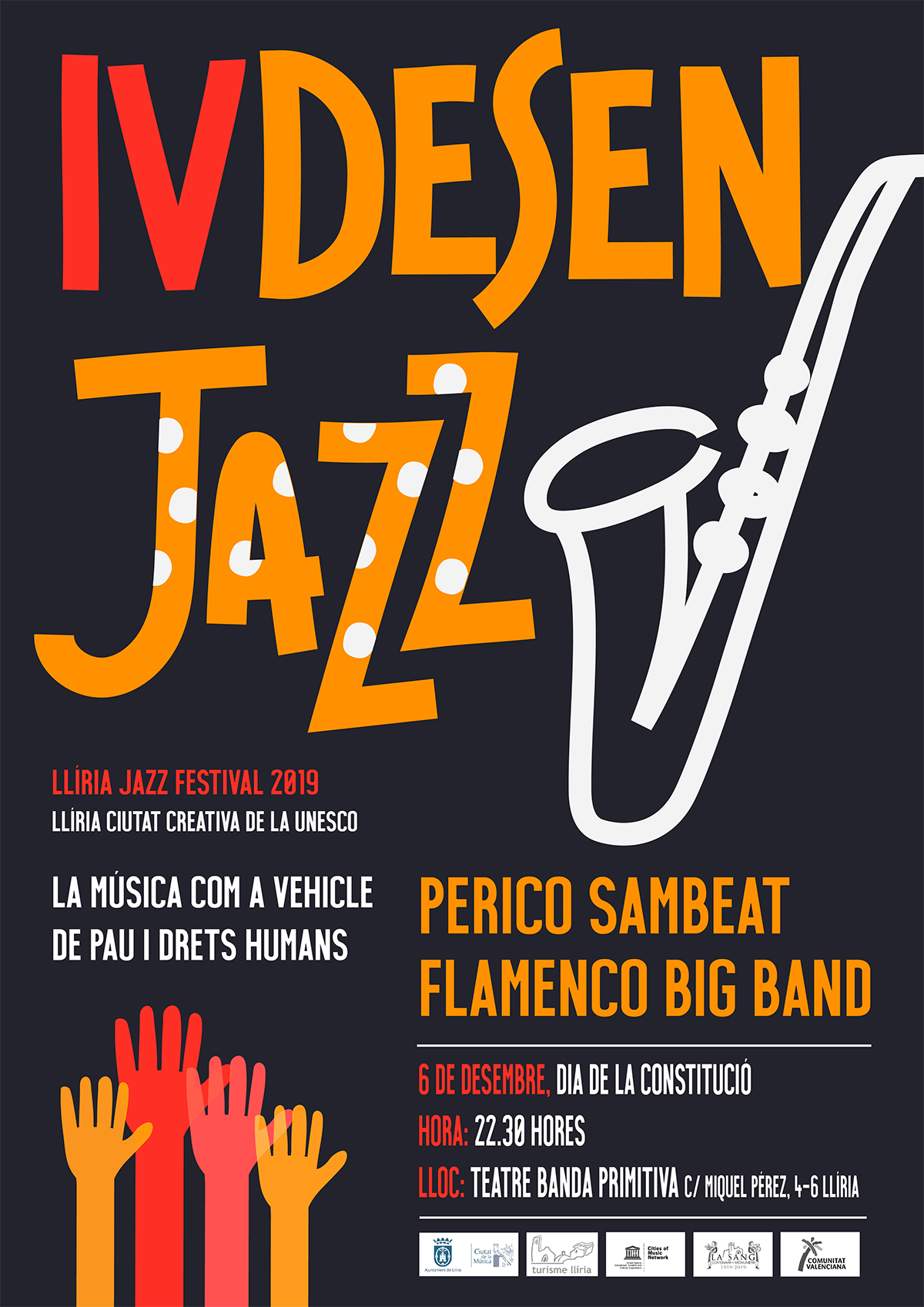 The fourth edition of the Desenjazz will feature an extraordinary concert by the Perico Sambeat Flamenco Big Band. This performance will take place next Friday, 6 December at 10:30 p.m. at the Banda Primitiva’s theatre.

The band will present its most ambitious project, a work of great course that represents a step forward in the path of fusion between jazz and flamenco, not only rhythmically, but also harmoniously and melodically. “With Desenjazz 2019, Llíria, Creative City of Music, becomes a vehicle for the transmission of peace and vindication of human rights through the universal language of music,” claims Manolo Civera, mayor of the city.

The performance of the Perico Sambeat Flamenco Big Band joins musically an intensive holiday weekend in Llíria. José Collado’s International Orchestra Conducting Academy (Academia Internacional de Dirección) will offer a selection of The Messiah by Haendel. This event will take place on Saturday 7 at 7:30 pm in the Iglesia de la Asunción, under the artistic direction of Cristóbal Soler and the participation of the Orchestra CullerArts, Orfeò Valencià and solo artists.

On the other hand, the capital of Camp de Túria hosts this weekend a meeting of harpists from the Valencian Community and Catalonia. Within the scheduled activities, the concert “West Harp Story” will be held open to the public, with the presence of more than 50 musicians and a choir that will perform pieces of Leonard Bernstein’s West Side Story. The performance will take place on Sunday, 8 December at 11:00 a.m. at the Banda Primitiva’s theatre.