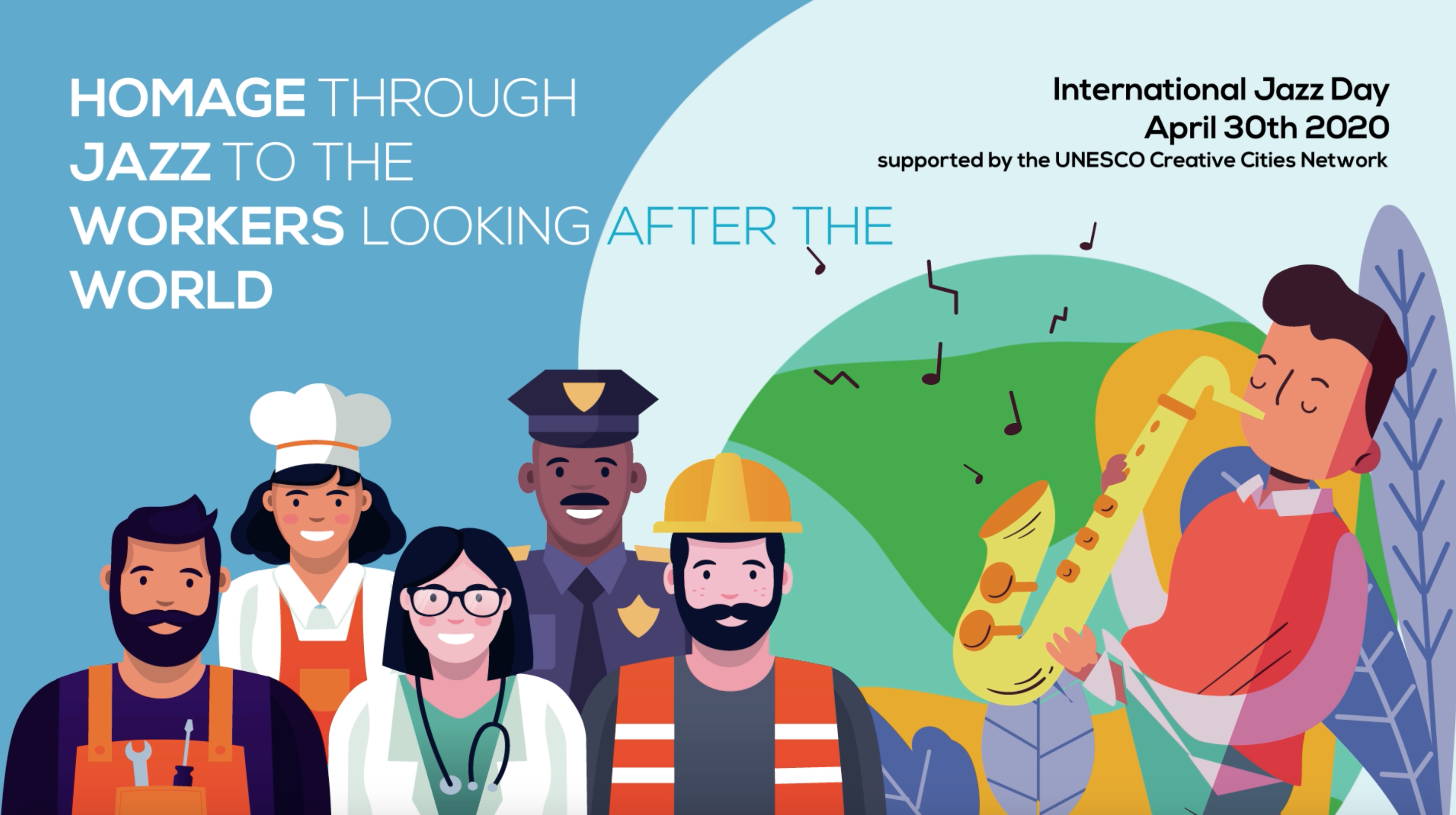 The most universal music has served to unite peoples and culture on the International Jazz Day, and to pay thus tribute to all the workers that are taking care of the planet during the current health crisis. Top musicians from UNESCO Creative Cities of different countries, including Llíria, have “virtually” come together to interpret Nat Adderley’s legendary “Work Song”. This musical performance aims to acknowledge the valuable efforts of health workers, security forces, workers of the food sector, carriers… and all those who have looked after the others amid the worst of the pandemic. The release of this video also coincides with the eve of the “International Workers Memorial Day”.

UNESCO recently invited members of the Creative Cities Network to use the power of jazz music to unite people from all corners of the globe: “the current situation prevents us from meeting physically to celebrate the day, but we believe that innovation and creativity can help us overcome this challenge and continue our celebration through virtual media”.

In this way, from Llíria City of Music, it emerged the idea of weaving an international performance by using the current technological options to pay well-deserved tribute to workers. From the very beginning, the initiative was backed up by the leadership of the Creative Cities Network: “Music will serve to spread the message of love and gratitude to all workers who are constantly working to keep everyone safe in the midst of the ongoing pandemic. The initiative does not only spread the message of hope and gratitude, but also highlights through music the power of culture and creativity to unite people, by pushing the physical limits in order to strengthen solidarity and unity”.

After creating the musical base, from Llíria different cities of several countries were invited to contribute their best soloists. The professionals from “Terrassa City of Film” handled the audio-visual production, the great result of which can be seen in a video that is already circulating successfully on the digital networks of the participating cities:

Apart from Spain, represented by Llíria and Seville, Creative Cities of Music, and Terrassa, Creative Cities of Film, five other countries from three continents have joined the initiative: United States, Jamaica, Cape Verde, the Czech Republic and Portugal. Along these lines, the final interpretation combines sounds from Southern Europe, Central Europe, the Caribbean, North America and Africa.

UNESCO designated April 30 as International Jazz Day with the aim of raising public awareness about the virtues of jazz music as an educational tool as well as force for peace, unity, dialogue and the reinforcement of cooperation among peoples.