The multiartistic spectacle “The Awakening of Arts” is streamed worldwide 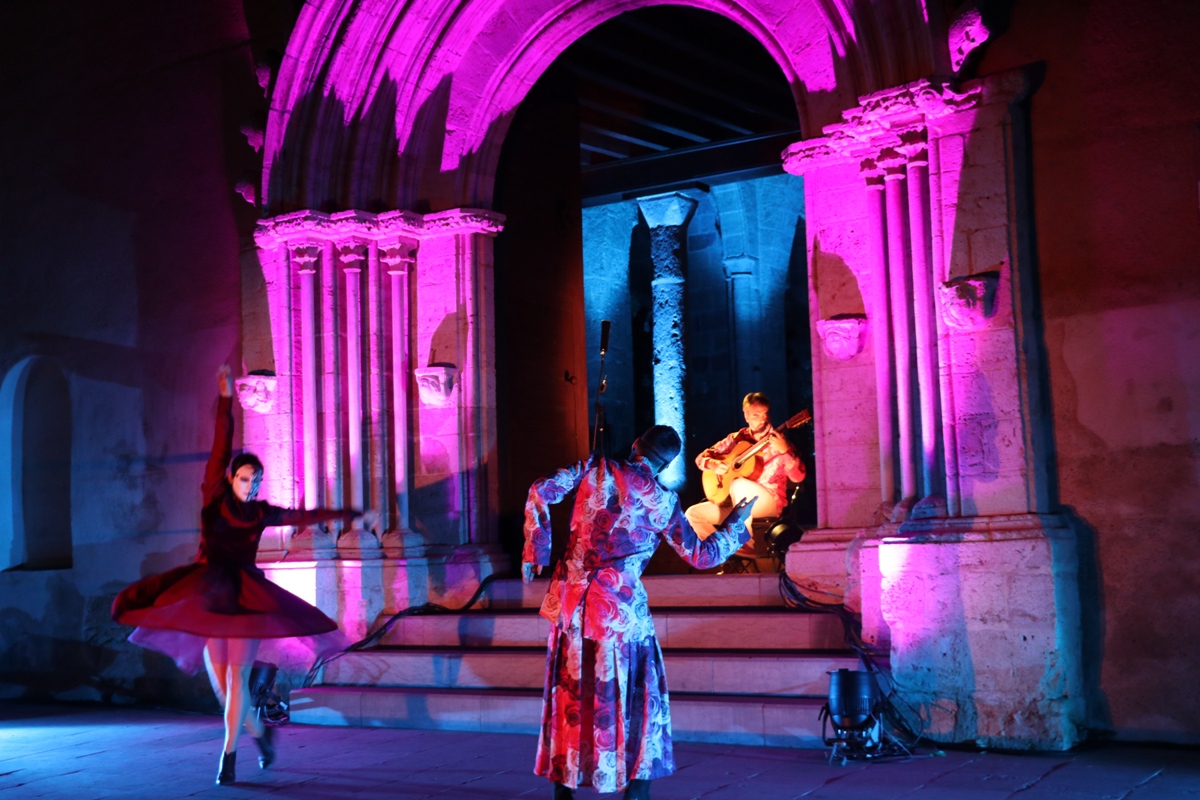 Llíria, as Creative City of Music and in cooperation with the UNESCO Network and its campaign We R Culture wished to claim yesterday evening the worth of culture and its values in times of crisis through the spectacle “The Awakening of Arts”.

Performing and plastic arts merged in an extraordinary event that was streamed worldwide. The symbolic act relied on the support of Turisme Comunitat Valenciana with the ‘MediterranewMusix’ brand, the Acadèmia Valenciana de la Llengua and the Institut Valencià de Cultura, through the Circuit Cultural Valencià and the Filmoteca Valenciana, which was attended by its director Abel Guarinos, together with Mayor Manolo Civera, and the designer Francis Montesinos, another of the protagonists of the evening.

With costume design by the Valencian creator, the guitarist Rafa Serrallet, who set the images of Valencian silent cinema from the early twentieth century of the Filmoteca to music, the actress Rosana Pastor, and Iris Pintos and Toni Aparisi from the dance company Transfermove participated in the performance. Furthermore, the renown artist Rodolgo Navarro joined this homage to culture with the presentation of a bust of Francis Montesinos for his 50-year-career in the world of fashion.

Thus, music, cinema, dance, theatre, design and sculpture were gathered into a single event, together with the city’s historic heritage, since the door of the Church La Sangre, National Monument, turned into the stage of this “awakening of arts”.

This way Llíria assumes as well one of the main mandates entrusted as member of UNESCO Creative Cities Network, which acknowledges creativity as a strategic factor for sustainable urban development.

The spectacle “The Awakening of Arts” is available via the Llíria City Council YouTube channel and it will also be included in the contents of “QuedatACasa” channel of the Institut Valencià de Cultura.