Llíria launches a message of union and hope trhough music

The Edetanian musicians have stepped into their balconies of the UNESCO Creative City to let Beethoven’s ninth Symphony play, attracting the adherence of many Valencian and international cities. 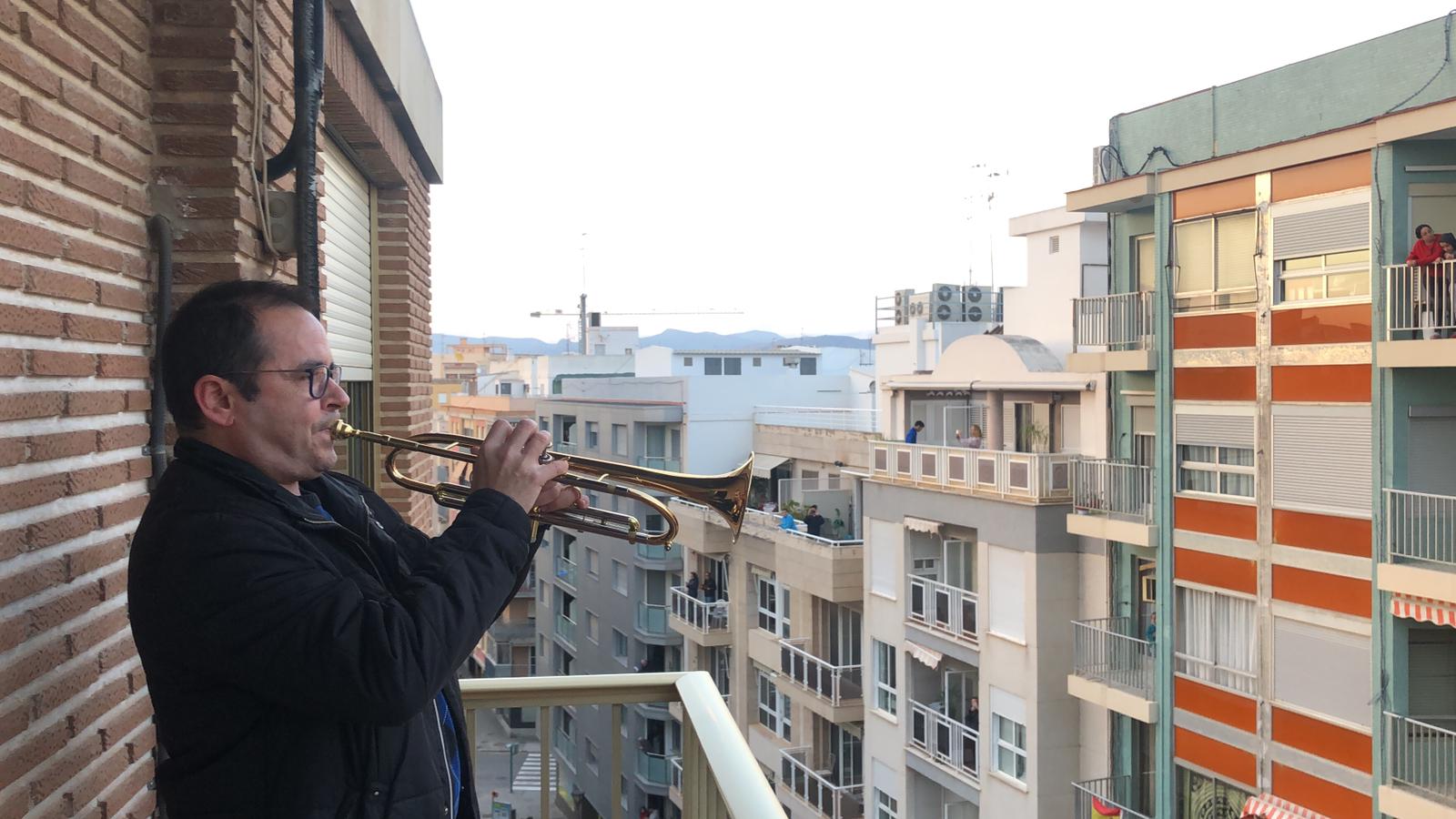 Beethoven’s ninth Symphony has resonated in Llíria as a symbol of union and hope. But this has not only happened in the Edetanian locality but also in very different parts of the world. The initiative of the City of Music, coinciding with Beethoven’s anniversary of death, has caught on like a fuse among music lovers, who have stepped into their balconies and windows to let the “Ode to Joy” play, in the Valencian Community as well as in different cities around the world. Llíria’s main musical entities -Unió Musicial and Banda Primitiva- just as students and professors of the Conservatori municipal (municipal school of music) and of various education centres have shelved for a little while their concern due to the health crisis and have gathered -each one from their particular responsible isolation- in order to express their message of union through music. Many Valencian towns and different cultural collectives and personalities have also joined the initiative.

Llíria’s Mayor Manuel Civera, great fan of music, pioneered the idea that all the local musicians soon endorsed: “We wanted to send a message of union and hope for the future through music. Moreover, being able to raise everyone’s awareness of the importance of staying at home at these crucial moments respecting the fight against the COVID-19. And it has been a great success, I am very grateful to all the musicians and entities of Llíria and of all the Community for their involvement. We are a committed and supportive society and once more we have demonstrated it,” affirms Civera. The initiative, which started up in Llíria only a few days ago through the official channels of #LlíriaCityOfMusic, has rapidly expanded throughout the Valencian Community and all over Spain through the Federació de Societats Musicals and the Confederación Española de Sociedades Musicales, respectively. It has even echoed beyond our borders through the UNESCO Creative Cities Network, of which Llíria has been a part since last year. Not only in Spanish Creative Cities like Dènia, Terrasa, Burgos or Bilbao, but also cities so far away such as Chennai (India), Katowice (Poland) or Mannheim (Germany), among others.

The initiative has been supported with great enthusiasm. In fact, in the Portuguese town of Leira, which debuted with its UNESCO label on the same day as Llíria, the musicians have stepped into their balconies also at the same time as the Edetanians in a synchronised action. “As a UNESCO Creative City of Music we have the responsibility and mission, set by UNESCO, of undertaking and leading initiatives that contribute to create closer ties between different cultures. And even more in these moments through which the planet is going, when the public institutions are working with all their efforts to overcome this critical situation. “Europe’s anthem” also reminds us that we need more than ever our continent to be united. And we do not lack musicians willing to play their instruments even under the most adverse circumstances. We therefore launched this idea, open to everyone that would like to join and endorse it, through what Beethoven and his “Ode to Joy” means,” stresses Civera.

The act has had a significant local and national media impact, being broadcasted live in many digital and traditional media and through individual initiatives via streaming. But it has mainly penetrated the youngest, who have shared hundreds of videos interpreting Beethoven through the most popular social networks.