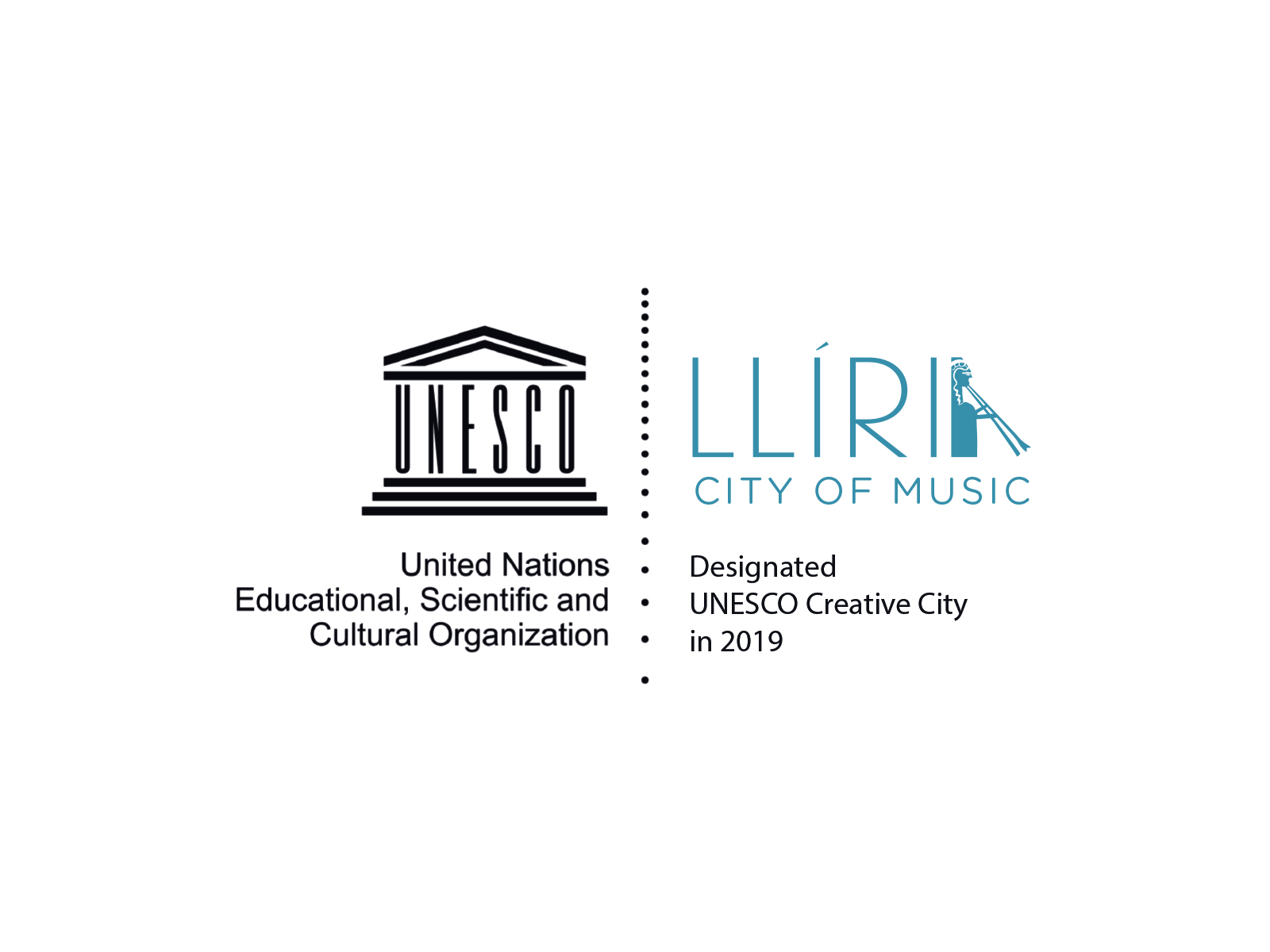 Llíria has officially presented its new visual identity as Creative City of Music. This logo, which was approved yesterday in the municipal plenary session, will be the image of the city nationally and internationally as part of the prestigious Network of Creative Cities of Unesco all over the world. It highlights the year of its designation, 2019, and Unesco’s logo, which now officially joins the image of Llíria for all those events and institutional events that make reference to its membership.

The flutist of ‘Kalathos de la Danza’ protagonizes the new logo. This is a ceramic vessel from the III-II centuries BC found in the Tossal de Sant Miquel de Llíria, which represents a ritual dance scene. The musical tradition of Llíria, as this archaeological treasure proves, has more than 2200 years, dating back to the times when women and men played their instruments and danced to the sound of the ancient Edeta.
The previous municipal image already had the Kalathos as a reference. On this occasion, a restyling of the previous logo has been prepared respecting the original figure as much as possible but simplifying its forms and extracting the essential, to be able to connect it with the name of the city. The current blue tone of Llíria’s identity has been respected and a simpler, more up-to-date, timeless and distinguished at the same time sans serif typeface has been chosen, so that the name of the city is clearly identifiable in any type of scale and format. The entire graphic is based on rectilinear elements with the exception of the female figure, which acquires more dynamic ways to convey a sense of music and movement.
This new visual identity thus reflects a clear and updated image of its rich archaeological heritage and its renowned musical tradition. From now on, Llíria will have this woman associated with her music of the past. On the other hand, her double flute, integrated in the A and with her eyes on the horizon, symbolizes the new future perspectives that are open up before the city in this new stage of his story.