Llíria proposes to relish its historical heritage through music

Turisme Llíria presents the LLUM Festival, which will be held from 4 to 9 August in the church of La Sangre 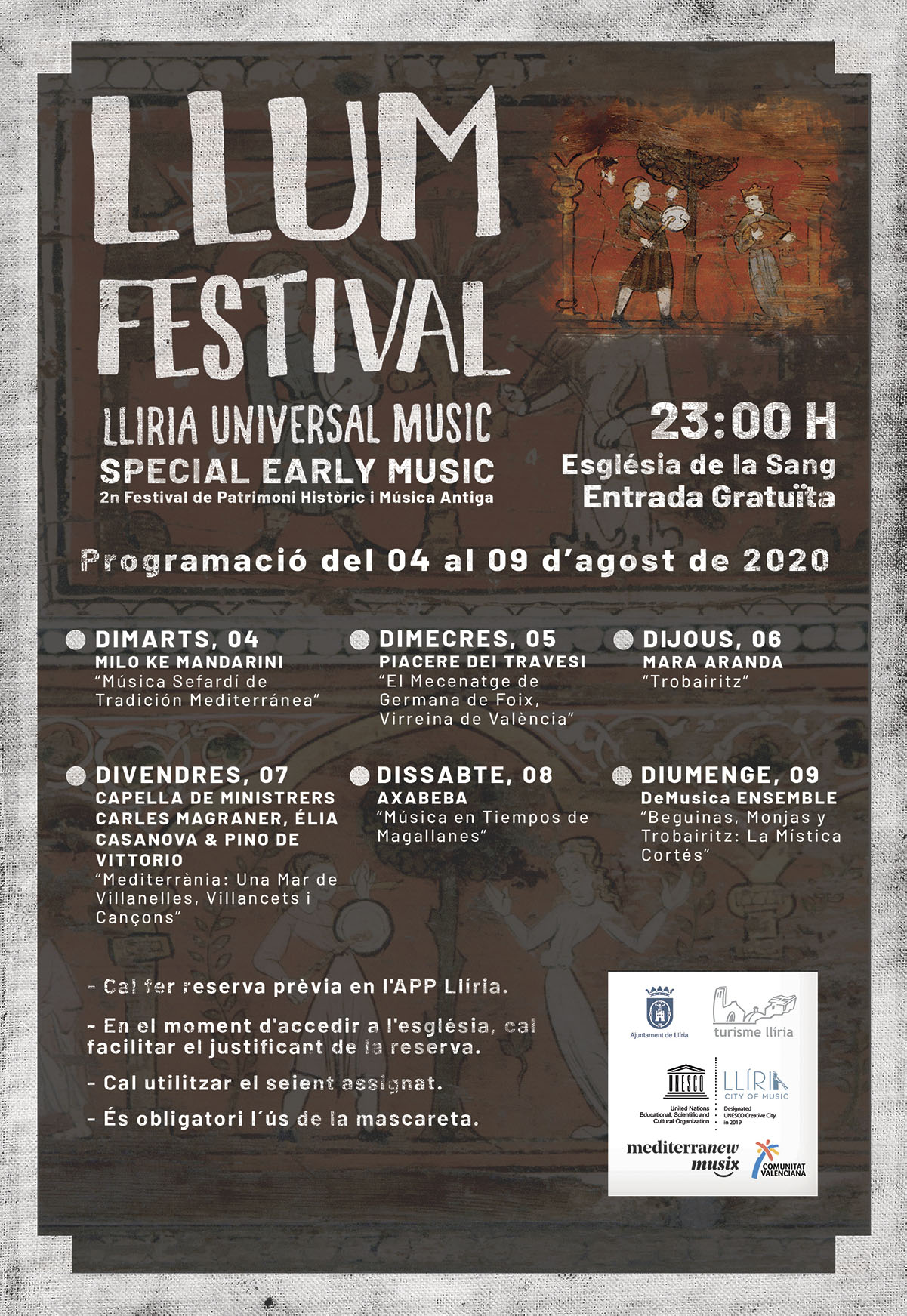 Llíria, UNESCO Creative City, offers the opportunity to get to know its tourist attractions through one of its great values, music. Turisme Llíria has organised the second edition of the festival of Historical Heritage and Ancient Music “LLUM Fest 2020”, which will take place from 4 to 9 August in the church of La Sangre, National Monument since 1919. This event is supported by Turisme Comunitat Valenciana through the ‘MediterranewMusix’ brand.

The audience will be able to enjoy concerts of medieval, Sephardic or Renaissance music. Milo ke Mandarini offers the opening of the Llíria Universal Music “Special Early Music” next Tuesday, 4 August. The performance programme is also coupled with other renown artists and groups within this field, such as Piacere dei Travesi, on 5 August; Mara Aranda, on 6 August; Capella de Ministers conducted by Carles Magraner and with Élia Casanova and Pino de Vittorio on 7 August; Axabeba, on the 8th; and DeMúsica Ensemble, which closes the festival on August 9.

All concerts, with limited capacity, are held at 11 p.m. Free admission with prior booking through the App Llíria.

Furthermore, within this proposal to discover the city’s heritage by means of cultural activities, Turisme Llíria features as well the theatrical show “Giramundo” by Carles Castillo, which will be accompanied live on the piano by Acardi Valiente. This performance will take place on Monday, 3 August at 11 p.m. in the Roman Baths of Mura, recently opened after the recovery project of the site. Prior booking through the municipal application is also required.

Mayor Manolo Civera has pointed out that Llíria “reactivates thus its significant cultural tourism delivery, which will allow this time to visit the city as a safe destination and to enjoy a high-quality musical programme with the participation of baseline music groups in the early music world.”

In this respect, and on the occasion of the reopening of some monuments of the municipality, Turisme Llíria will gladly offer free guided tours of the Roman Baths of Mura, the Roman Mausoleums, the Arab Baths and the church of La Sangre. In addition to these case study visits, the following tourist-cultural routes may also be made: Edeta Romana (Roman Baths of Mura + Roman Mausoleums), Lyria Medieval (Arab Baths + Church of La Sangre), and Llíria Histórica, which includes the four monuments. 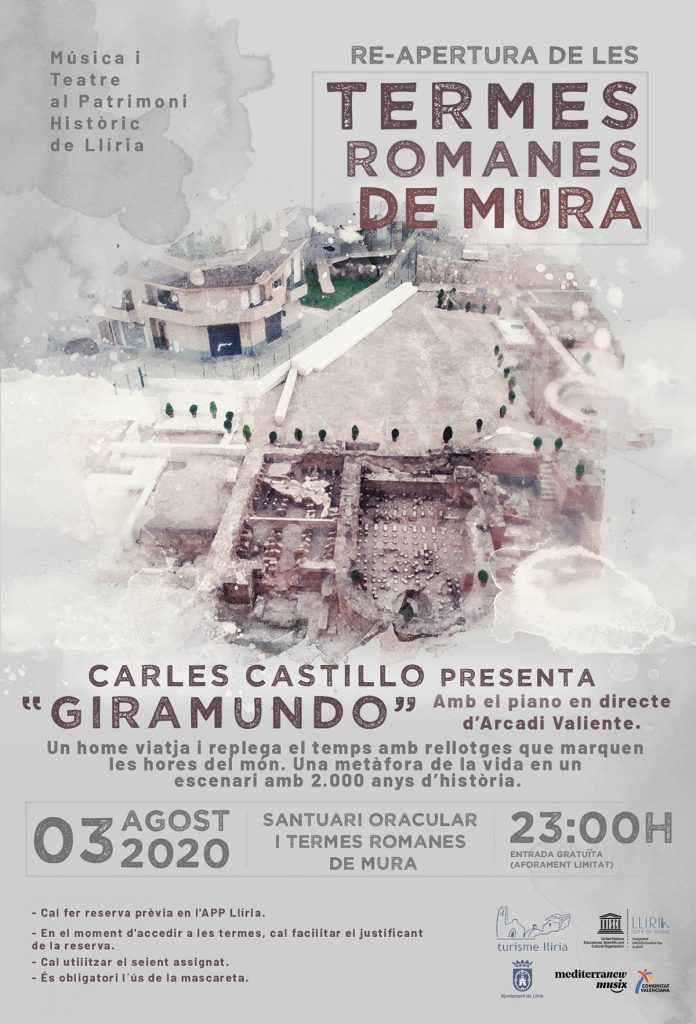