Llíria welcomes the New Year with a big concert for peace before an audience of 2,000 spectators 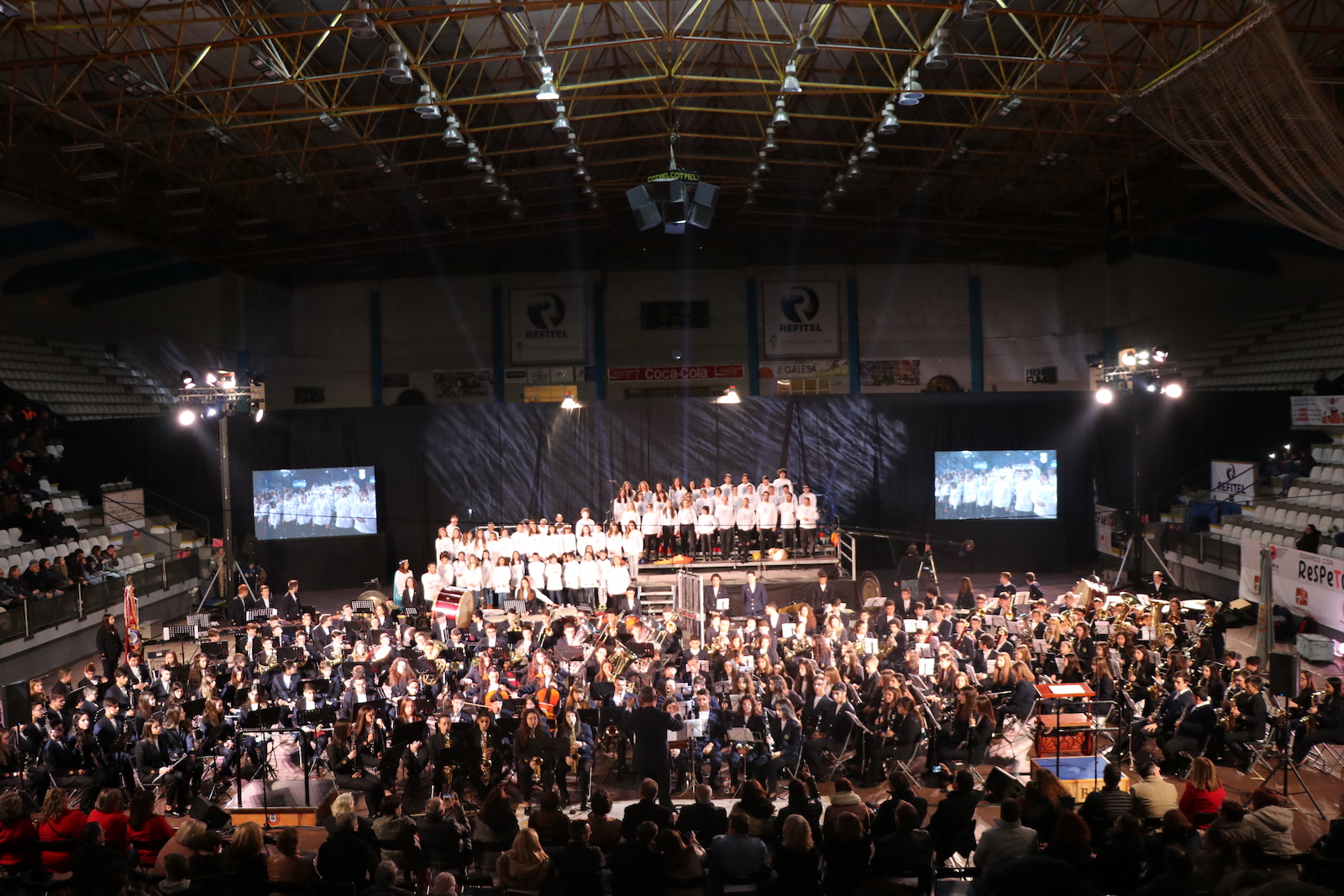 Llíria started the year 2020 as it knows best. An extraordinary concert with more than 300 young musicians within the Pabellón Pla de l’Arc stood the nearly 2,000 spectators up, who did not want to miss the welcome ceremony of the new year.

The interpretation featured the performances of the Coral Allegro ONCE de Valencia (Spanish association for the visually impaired), directed by Christian García, the Banda Juvenil Unió Musical de Llíria under the baton of Esteban Espinosa, the Banda Juvenil Primitiva de Llíria with its director Salvador Marí, and the Cor l’Alegria del CEIP Sant Miquel (a local school).

Soundtracks, carols and other popular pieces formed the attractive repertoire of this extraordinary musical evening. The concert ended with all the groups performing together “Navidades blancas” and “Nit de pau”.

This performance was also useful to show the world that music is one of the best instruments to claim peace, justice and social inclusion, which are one of the 17 Sustainable Development Goals of the United Nations.

Llíria, as Creative City of Music by Unesco, also assumes its commitment to these sustainable development goals. And thus, uniting the artistic talent of the young musicians, Unesco has premiered its year, in the first of the great events that will be scheduled over the coming months.