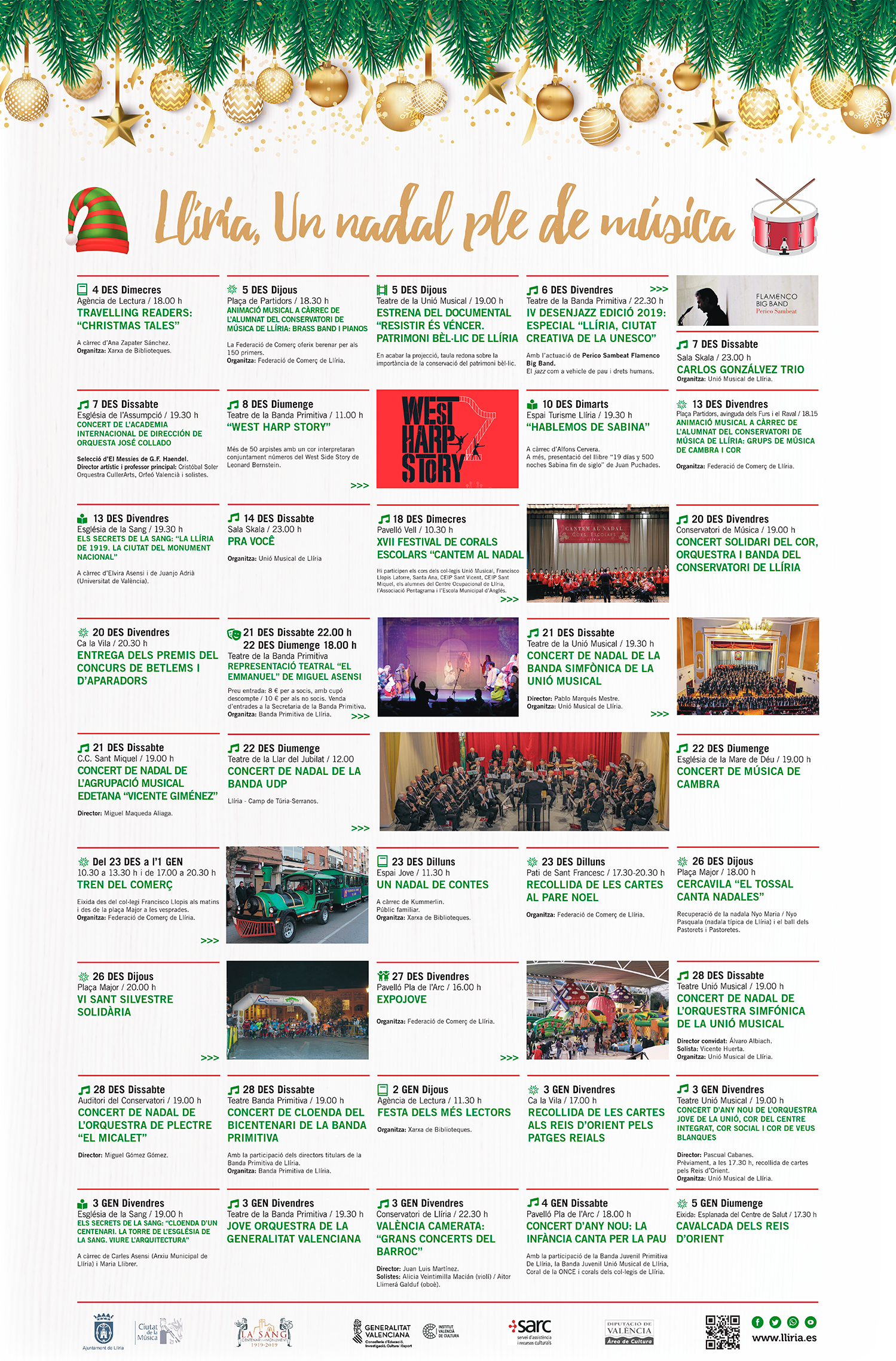 Music has been over time one of the most notable manifestations of the arrival of Christmas. That is why this year the festivities will have a distinct musical accent. In fact, the agenda includes more than fifteen performances distributed throughout the month of December.

Highlights of the programme include the traditional Christmas concerts of Llíria’s musical societies and the XVI Festival of Choral Schools “Cantem al Nadal”. But moreover, among other great performances, a very special New Year’s Eve concert has been organized with the participation of the youth bands of the Unió Musical and the Primitiva, accompanied by the Coral de la ONCE and choirs of the educational centres of the town. On the previous day, there will be a performance by the Jove Orquestra de la Generalitat Valenciana and the València Camerata, besides the Perico Sambeat, which was in Llíria last Friday.

As usual, the programme brings together many activities for children, such as the Three Kings’ Parade, and the delivery of the letters to their Royal Pages on 3 January, the visit of Santa Claus on 23 December to collect the letters, or the 4th edition of Expojove on the 27th (a Christmas fair).

Lastly, this programme has also its most charitable side: the San Silvestre’s race on 26 December, and the concert of the Choir, Orchestra and Band of Llíria’s Conservatory on the afternoon of the 20th.

The musical agenda of the Christmas holidays in Llíria may be consulted on the web and social networks of Llíria City of Music.