Revive from home the best concerts through #LlíriaCityofMusicClassics 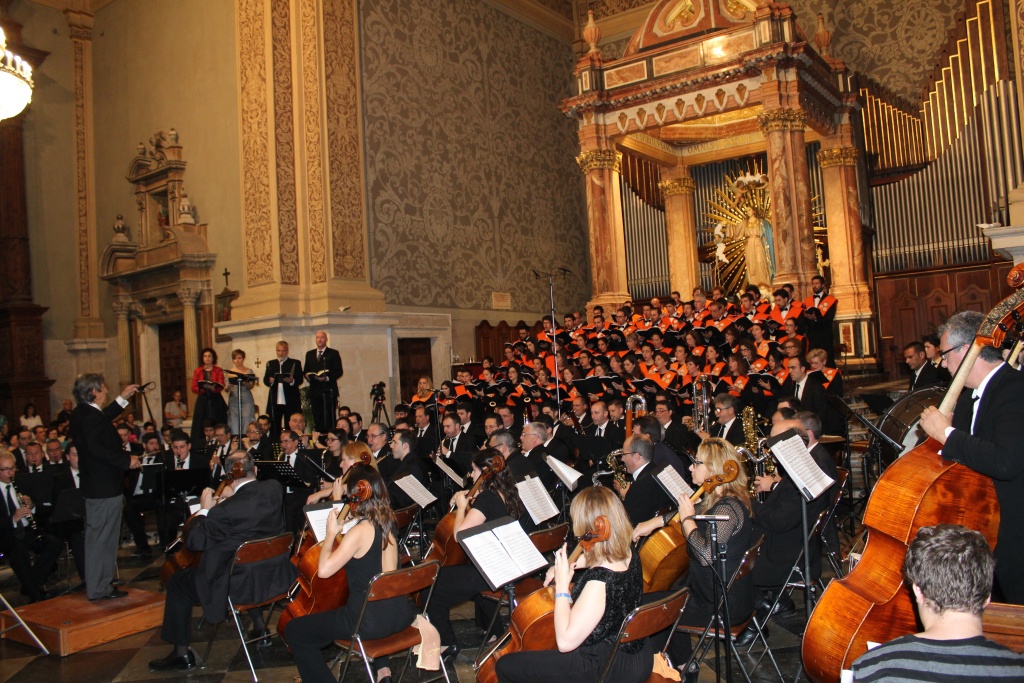 Music is becoming more than ever a tool for social cohesion during these difficult times of confinement. Llíria City of Music wants therefore to take to every home of music lovers the best concerts and performances ‘Made in Llíria’. In this initiative, called #LlíriaCityofMusicClassics, have taken part all the musical entities from the town: Unió Musical, Banda Primitiva, UDP, Orquesta de Plectre ‘El Micalet’ and the Agrupación Musical Edetana Vicente Giménez, as well as the Conservatori, all of them offering their best-remembered performances.

In the coming days, through the social networks of Llíria City of Music (Twitter, Facebook and Instagram) and at the website www.lliriamusica.es videos with the best concerts in the last few years will be offered in a choice by the very musical entities.

Some of these concerts are made available for the first time to the wide audience, freely accessible via the YouTube channel of the Llíria Town Hall (Ajuntament de Llíria). Among them is the world premiere of Beethoven’s Ninth Symphony in a version for soloists, choir and wind orchestra transcripted by Mas Quiles. This unforgettable concert interpreted by professional musicians of Llíria under the baton of Manuel Galduf in 2017 will be the first of the classics that are offered to enjoy and already available. Every day other brilliant moments of the musical groups of Llíria will be presented, from today until the end of the State of Alarm.

Thus, along with the Unió Musical, we will revive, inter alia, the historic concert in which took part three of the best international trumpetists – Sandoval, Simeó and Vílchez –, together for the first time in June 2019.  The Banda Primitiva will also offer a selection of its best performances, prominent among which are the concert in the Palau de les Arts Reina Sofía last year, during which the band received the tribute to the Certamen Internacional de Bandas (band international contest) “Citutat de València” to celebrate its bicentenary.

The Banda UDP Camp de Túria-Serranos will make publicly available for the first time its already legendary ‘Antología de la Zarzuela’, an audiovisual compilation that combines the interpretation of emblematic pieces such as ‘El tambor de granaderos’ or ‘Luisa Fernanda’ with images of Llíria. The Orquesta de Pectre ‘El Micalet’ and the Agrupación Musical Edetana Vicente Giménez will also present its better outcomes of recent years, as well as the Conservatori de Llíria.

Everything intended to offer music lovers around the globe from Llíria a solid cultural bet to face the solitary confinement. #StayAtHome #IStayHome 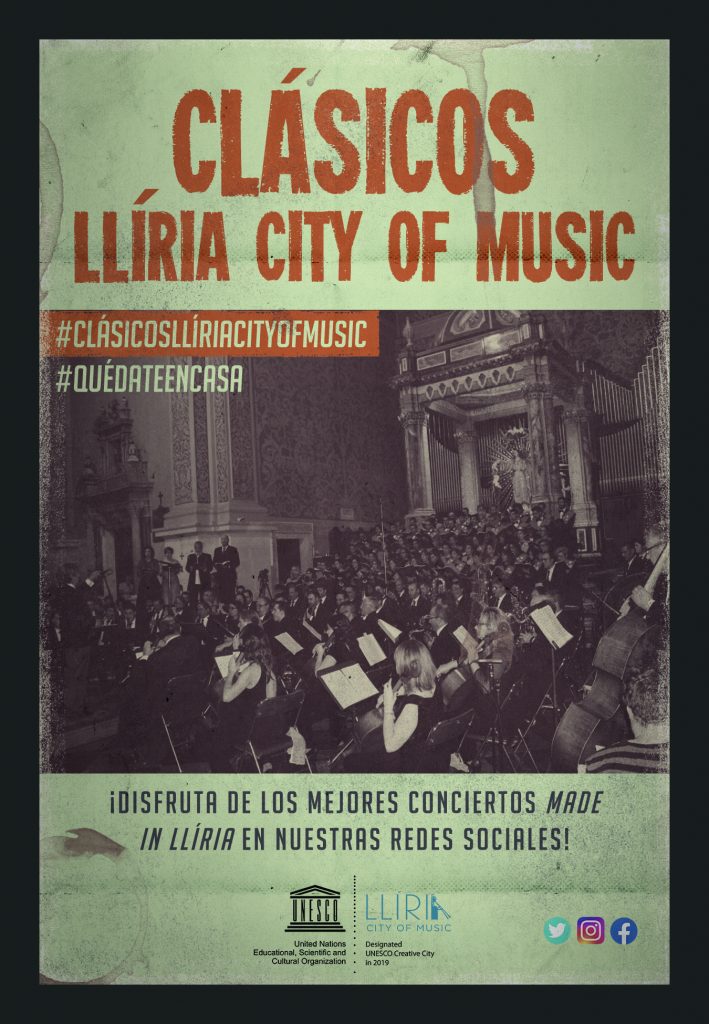