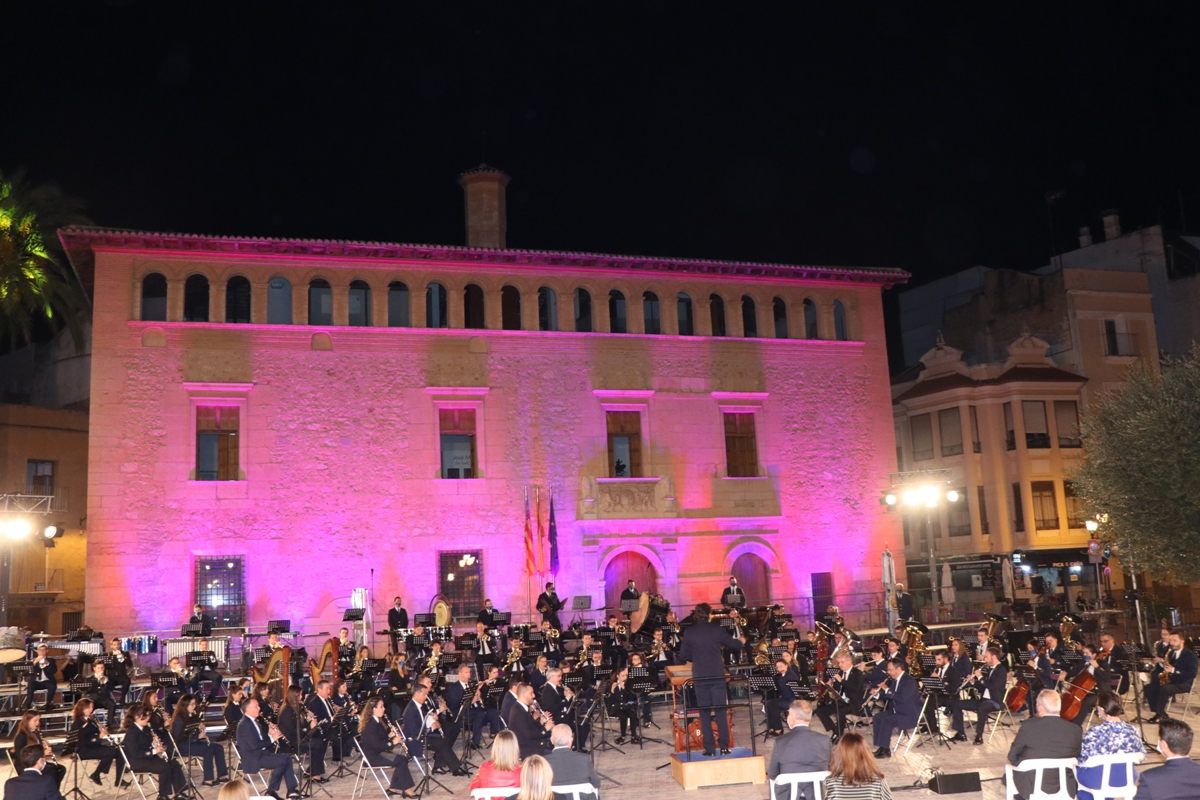 Llíria, September 20, 2020.- Llíria once again showed the world its musical creativity at the 2020 Concert of Bands that was held last night. Despite the current crisis and its health conditions, the music of the Banda Primitiva and the Unió Musical sounded audibly so as to offer a big show and prove that it is possible to continue creating culture.

In this very special year, due to the current circumstances and since it is the first festival that takes place under the UNESCO label as Creative City of Music, the figure of the Honorary Presidency of the contest comes through as novelty. The conductor of the Banda Sinfónica Municipal de València, Rafael Sanz-Espert, held for this edition this honorary position, through which the Llíria City Council wished to recognize his long and recognized career in the band world as one of the most dynamic, expressive and representative batons within the international music scene of wind music.

The sanitary restrictions prevented from enjoying this musical encounter in its usual format. The presence of an audience was reduced to a minimal institutional representation of the municipal corporation and musical societies, yet it was possible to follow the concert through the YouTube channel of the Llíria City Council (https://youtu.be/fQXYyCDhyrA). It was thus possible to guarantee that the bands with their complete formations occupied a space large enough to comply with distance guidelines between musicians and with the health protection measures. Accordingly, the Plaza Major became a television set to offer a great show.

The Banda Primitiva, conducted by Javier Enguídanos, opened the 2020 Concert of Bands with the programme Mas Quiles’ “Dos sonrisas”, Paul Huber’s “Evocazzioni”, and the Symphony “Hell and Heaven” by Óscar Navarro.

For its part, the Banda Sinfónica Unió Musical, under the baton of Pablo Marqués, performed Fernando Bonete’s pasodoble “Feria de Julio” and the Third Symphony Op.89 by James Barnes, later bringing closure with the Hymn of Llíria by Pérez Jorge and the hymn of the Valencian Community by maestro Serrano, which was conducted by the Festival’s Honorary President, Rafael Sanz-Espert. 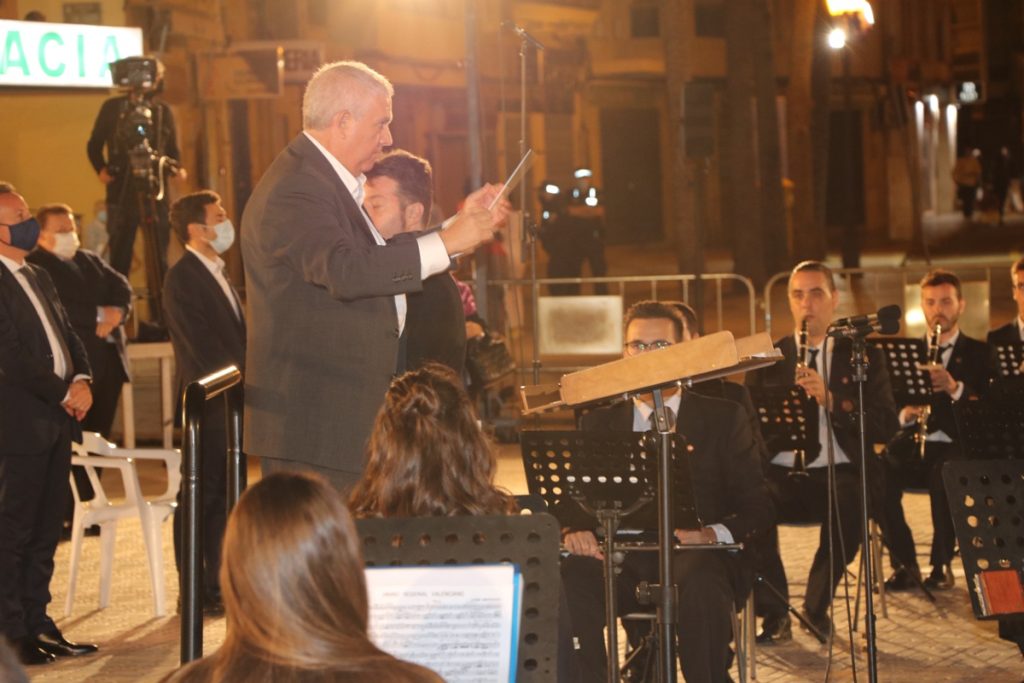 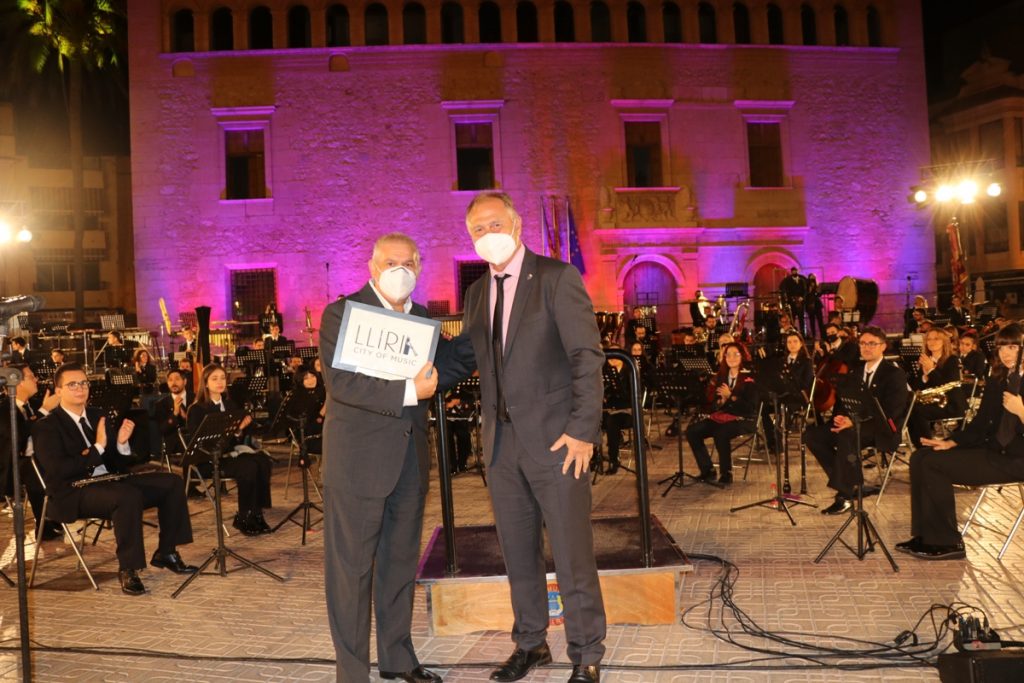 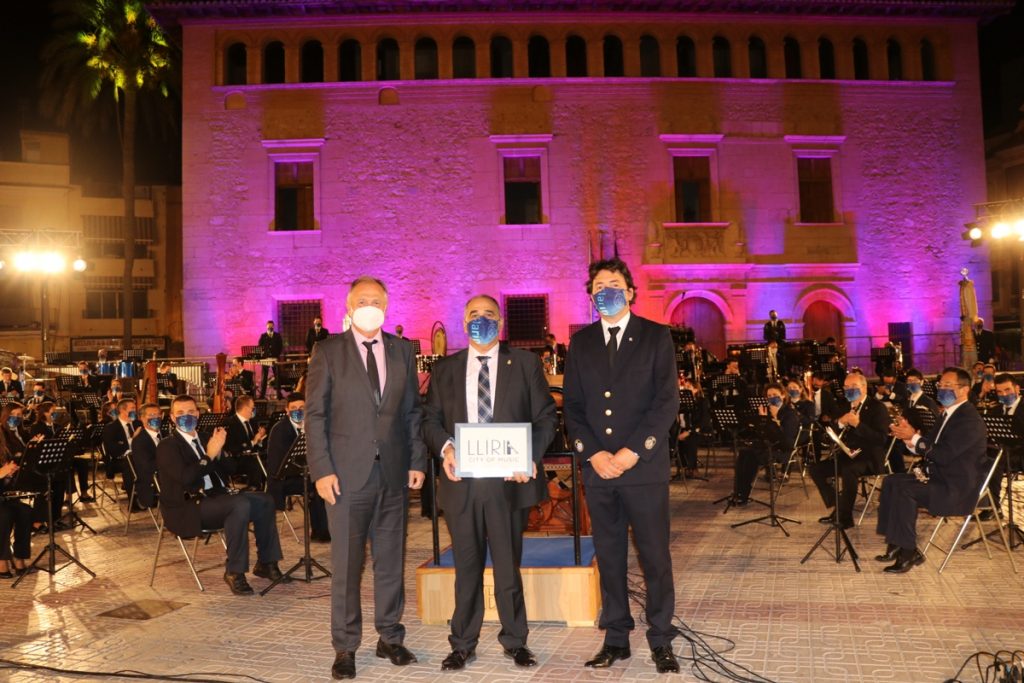 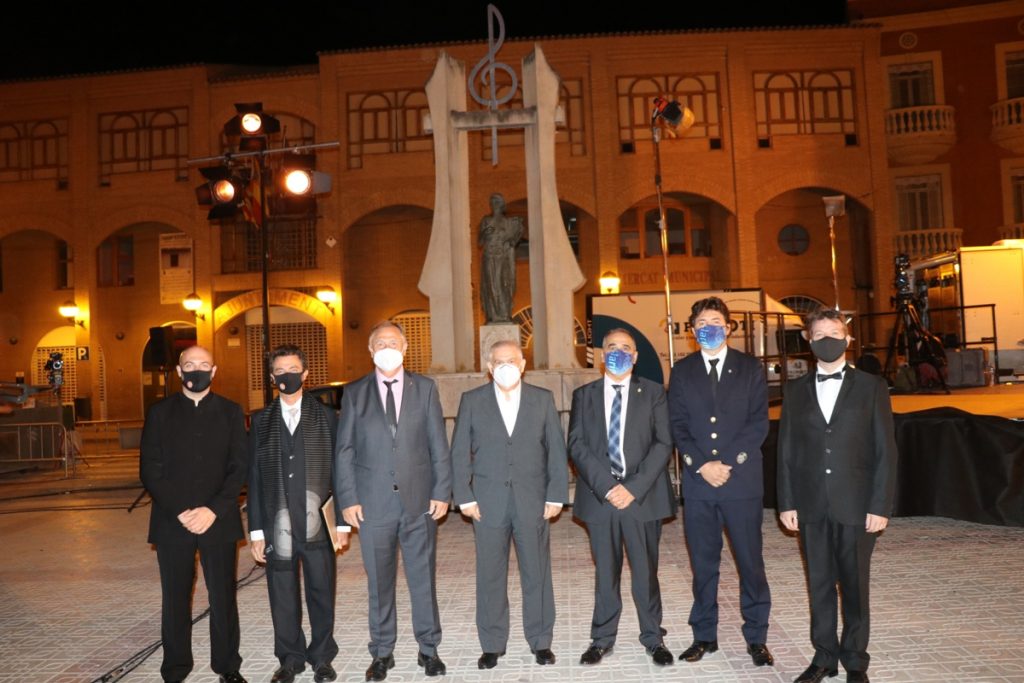