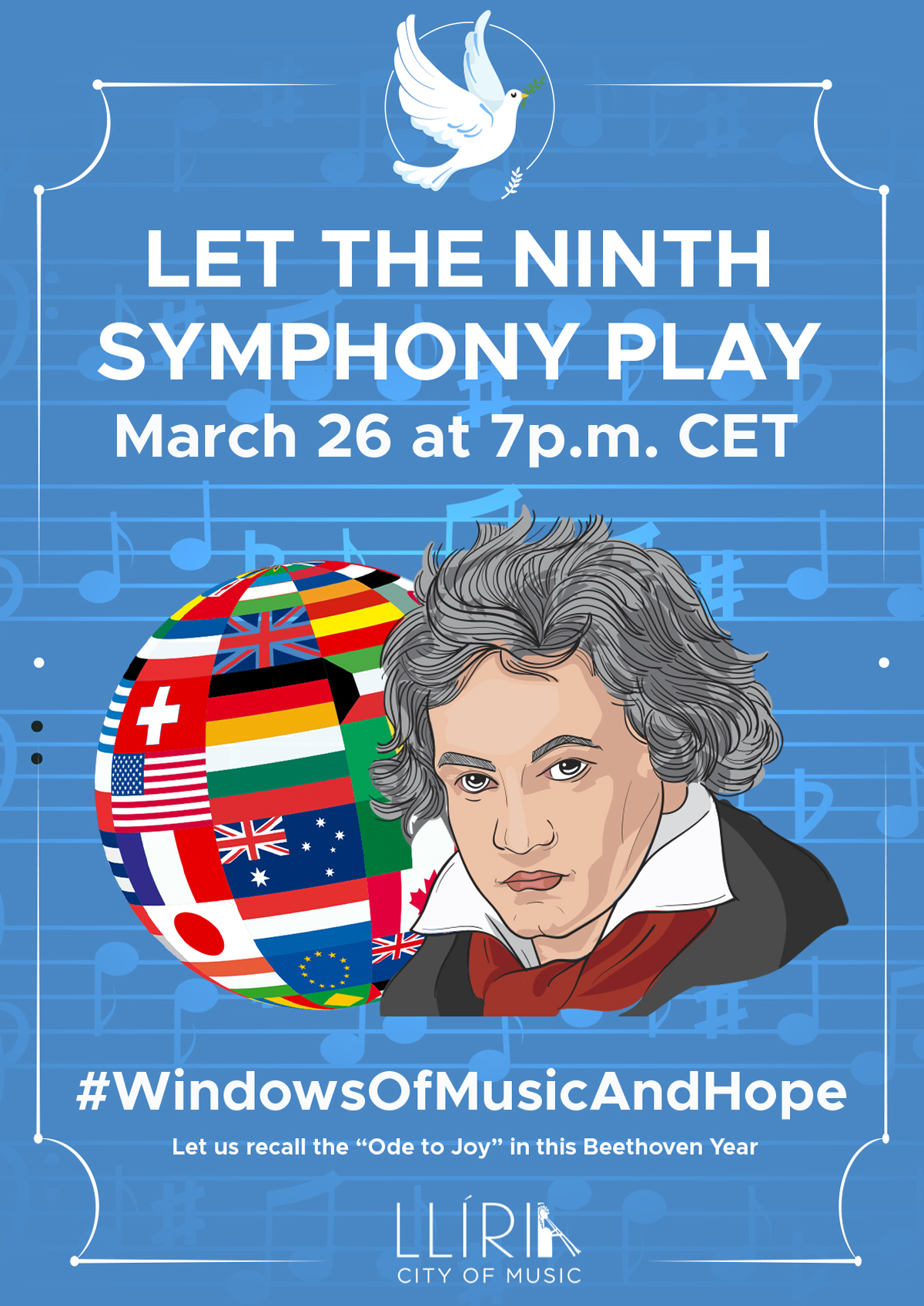 Next Thursday is a very special date for music lovers: it is the anniversary of the death of Ludwig van Beethoven, one of the greatest geniuses of composition. What is more, the date is further special because the year 2020 is internationally recognized as “Beethoven Year”. Unfortunately, the worldwide health crisis caused by Covid-19 has led to the cancellation of the organization of many concerts and tributes to the genius from Bonn. However, this should not stop us from paying tribute and recalling his legacy, even if we do it from home due to the obligatory isolation.

Therefore, the musicians from #LlíriaCityofMusic have launched a very special proposal: let us all join together to let the ninth Symphony play! Its original composition is part of UNESCO’s World Heritage List. The well-known “Ode to Joy” is indeed a real symbol of union among peoples and of hope, which is a message of particular importance these days in which all the cultures should move forward together in the face of adversity. Llíria, through the campaign #WindowsOfMusicAndHope, calls thus on us to step into our balconies and windows with instruments, clapping our hands, singing or playing the melody on our mobile phones. The appointment is scheduled for next Thursday 26 March at 7 p.m.

The initiative already counts on the support of the Confederación Estatal de Sociedades Musicales (national music federation) and of the Federación de Sociedades Musicales de la Comunidad Valenciana (federation of the Valencian Community), as well as the support of the Edetanian bands Unió Musical and Banda Primitiva. Important figures within the artistic and cultural field are also joining at present the campaign, among which are Francis Montesinos, Sole Giménez, Pancho Varona, the violinist Vicent Huerta and many other great artists. Music radio stations such as Radio Banda will broadcast the musical fragment at 7 p.m. through their website www.radiobanda.com, so that it is available to everyone. The proposal will as well resonate within the UNESCO Creative Cities Network, of which Llíria has been a member since last year.