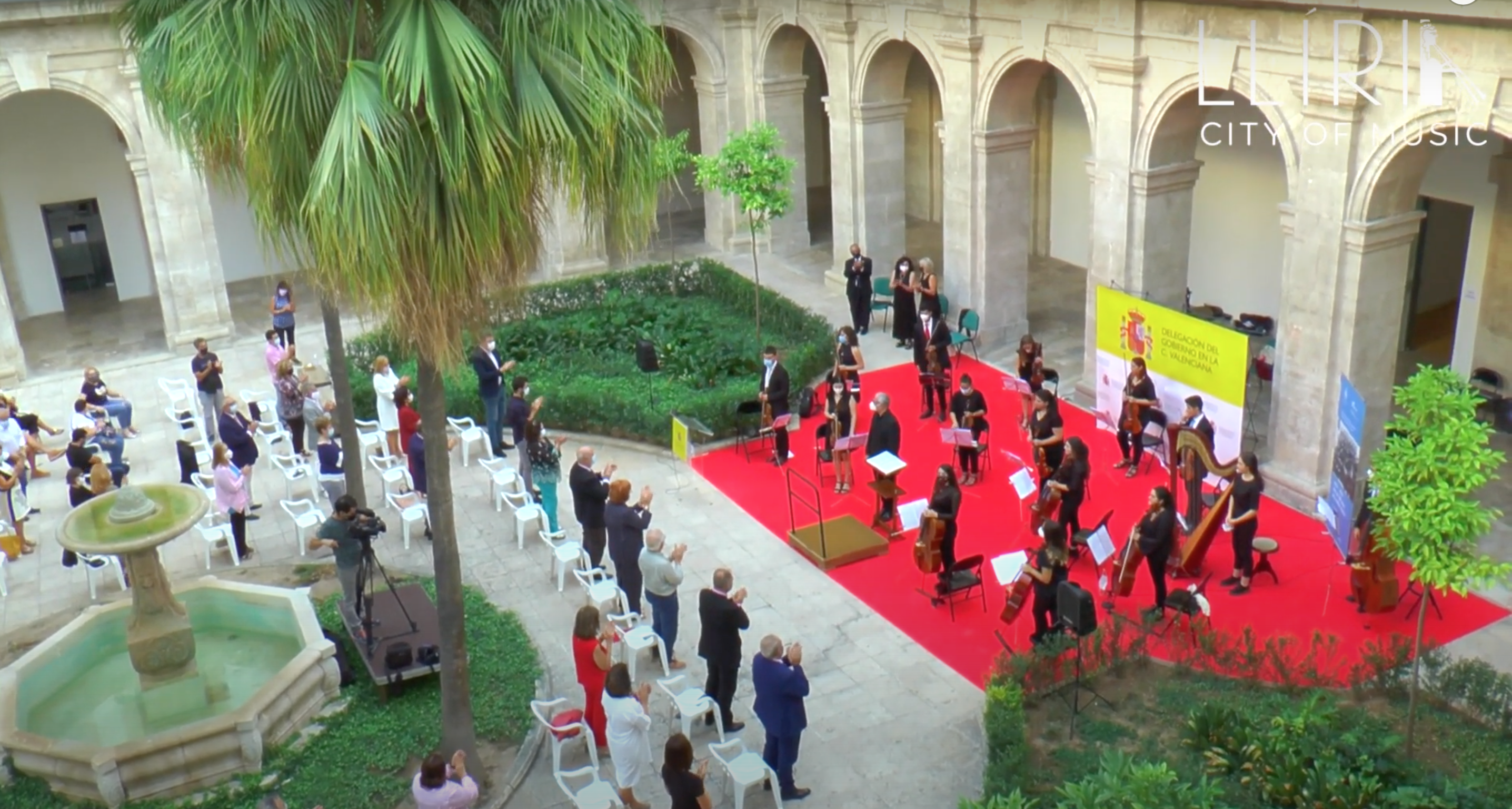 The Orquesta Sinfónica de la Banda Primitiva de Llíria gave last Friday, September 25, a concert tribute to Federico García Lorca at the Claustro in the Temple de València. This event, in which music merges with lyrics, served as well as a call for solidarity with Beirut, Creative City of Literature. A shared responsibility among all members of the UNESCO Creative Cities Network. “We wished to dedicate the concert to our sister city of Beirut so that they are able to bring back normalcy as soon as possible. We are also going through difficult times, but we know that where there is a tragedy, collective solidarity is required; only thus will we achieve a better world,” stated the Mayor of Llíria Manolo Civera after the concert. This concert joins the tribute that already took place at the Llum Festival in early August, concurring with the explosion in Beirut, which caused hundreds of deaths and a large part of the historical heritage was affected. Llíria City of Music thereby expresses its solidarity with the Lebanese people, and asks for support for the organizations that are currently helping to recover the area.